A common use case (for me) is this:

A group of geocachers are out on a trip. They have a pre-compiled GPX file created via Project-GC or Geocaching.com. This contains all geocaches that they want to log during the trip. I myself might have an agenda of my own as well. That agenda might include geocaches that I would like to log, but aren't too important to the others. A new D/T combo for myself, a challenge, or something that others has already logged. If we are passing close enough to them it might be worth the extra stop.

This is why I would like to be able to use more than one offline database simultaneously. I can then have the "group list" enabled, and also at the same time see for example "my own needed D/T".

I would like the cache icons to have some form of indicator showing that they are from different lists, so that I can easily see which ones are the groups main goal. It could be color coding by adding circles around the cache icons or a small number in a corner.

In my opinion, 3-5 simultaneous lists should be enough. The first one selected of them is the most important to visually stick out from the others.

+1
Under review
GCDroid Support 2 years ago

question would be how to visually mark them? feel free to attach a mockup screenshot with your idea. In general I do like the idea of more than one DB. Just the highlighting is what I am unsure about. But a screenshot can convince me :-)

I just installed the Beta and currently I am disliking the new cache icons (don't like them at Geocaching.com either). When I have gotten more used to them I will give it a try to screenshot and bring my painting skills into the mix. But I believe my creativity might be better when I am more used to the new design.

In my mind, it would have been easier with the old icons. They were very similar to those at Project-GC and Project-GC uses different background colors on for example Map Compare.

Attaching a screenshot from https://goo.gl/YcLvNk

The background colors could have been toned down a bit, or be transparent. But as I said, with the new icons, it's not as easy.

It takes a few moments to get used to the new icons... but I actually like them now :-)

I know it was easier before with white background. Maybe a color circle on the outside?

Color circle on the outside was my alternative idea, even before I saw the new app. I even said so in the original post. :)

PS! I will not complain about the new cache icons the first months, I know I hate change... Everything takes time to get used to.

Looks nice, but maybe we don't need a difference, but it is a good idea the different colors.

For example in Locus all databases could be shown, but you can mark the databases that should shown. There is no difference in optik. But this could be a good idea in GCDroid.

In CacheSense (retired) there was this option to, to color different databases on the map.

I also miss those cachesense features. 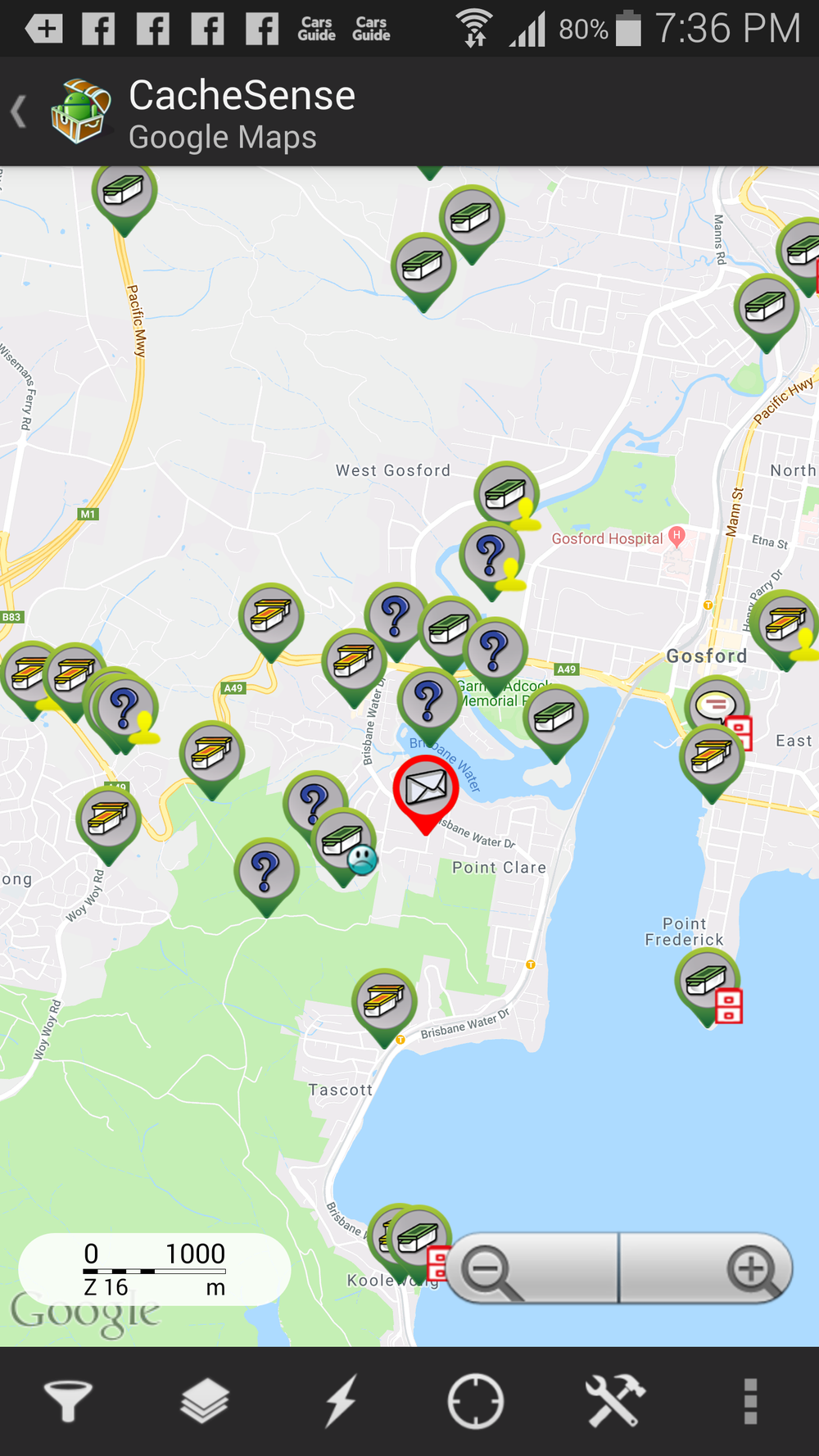 C:geo is adding coloring to their version of this.